Workshop with Katherine Gibson in September 2019 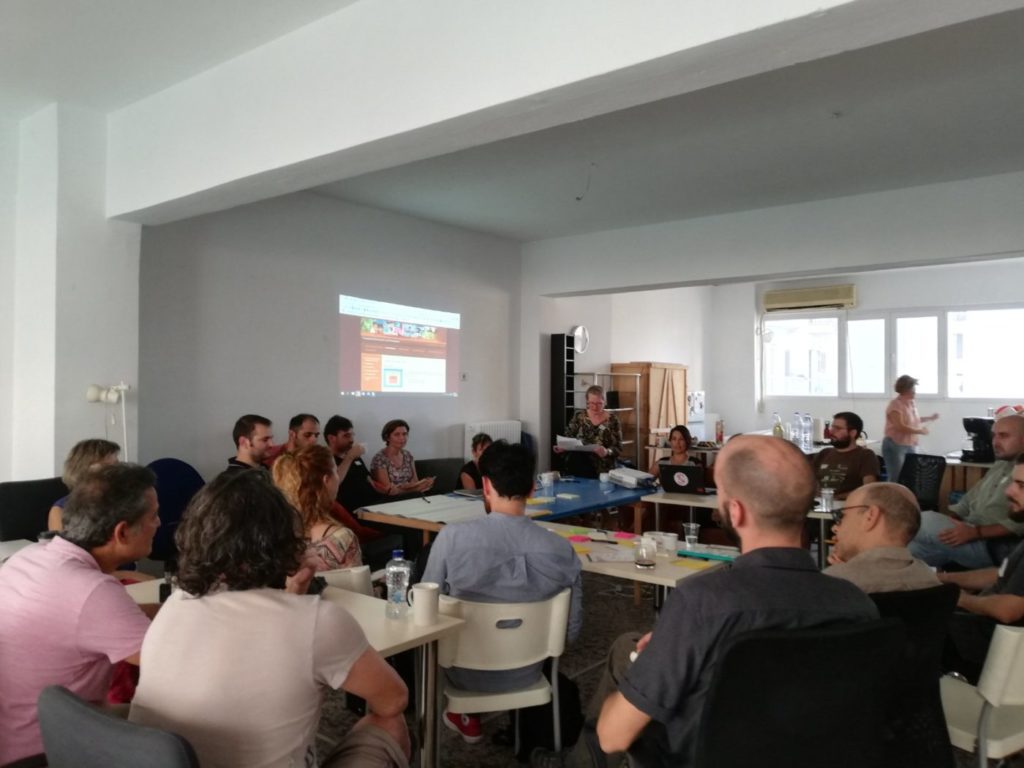 Feminist economic geographers Katherine Gibson and Julie Graham wrote under the pen name J.K. Gibson-Graham. Their work has been an attempt to rethink economy and economic development beyond exploitative capitalist practices and representations (see the image of the floating iceberg). Drawing from feminism and postructuralism, and through community-based research, Gibson-Graham elaborate ‘a politics of possibility’ by creating new vocabularies, imaginaries and community economies. 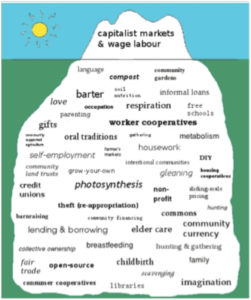 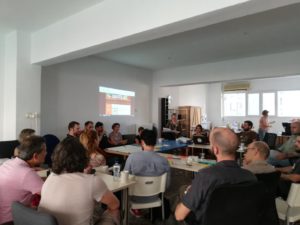 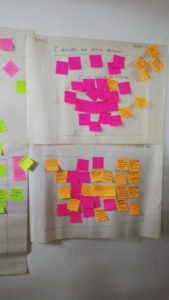 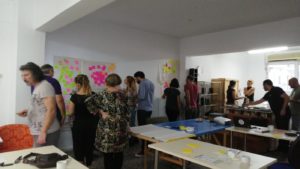 Design of the Workshop

Twenty scholars were invited to participate in this workshop, from a variety of disciplinary backgrounds (urban planning, architecture, geography, sociology, political science, anthropology, computing), all working on issues of social inequalities and the commons. The aim of bringing them together was to discuss with K. Gibson ways of imagining and enacting post-capitalist possibilities through research practice.

In preparation of the workshop, participants shared a brief statement on what they are working on and some of the challenges they are facing in their research. The initial idea was to experiment through a ‘mapping exercise’ that would focus on a specific deprived community in the Athenian context. Still, as most participants are precarious themselves, we decided to focus on the community of researchers, to become thus subjects and objects of this collective exercise. After shortly introducing ourselves, we split into groups and shared our concerns about doing research in Athens in the current context, while in the second part of the workshop we discussed possibilities and opportunities revealed once we become aware of forming a community. 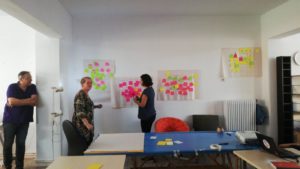 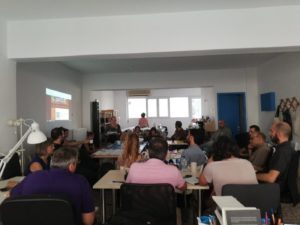 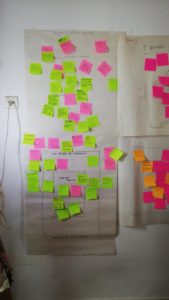 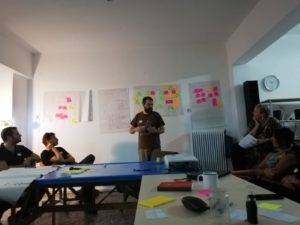 The workshop aimed at checking the usability of the gE.CO digital tools…

Open Lab Athens along with DAEM, Municipality of Athens organized the co-design…

Workshop about the legal condition of commons @ Goethe Institute Athens

On February 6th 2020, we co-organized with Goethe Institut an informal workshop…

0 Comments on "Workshop with Katherine Gibson in September 2019"