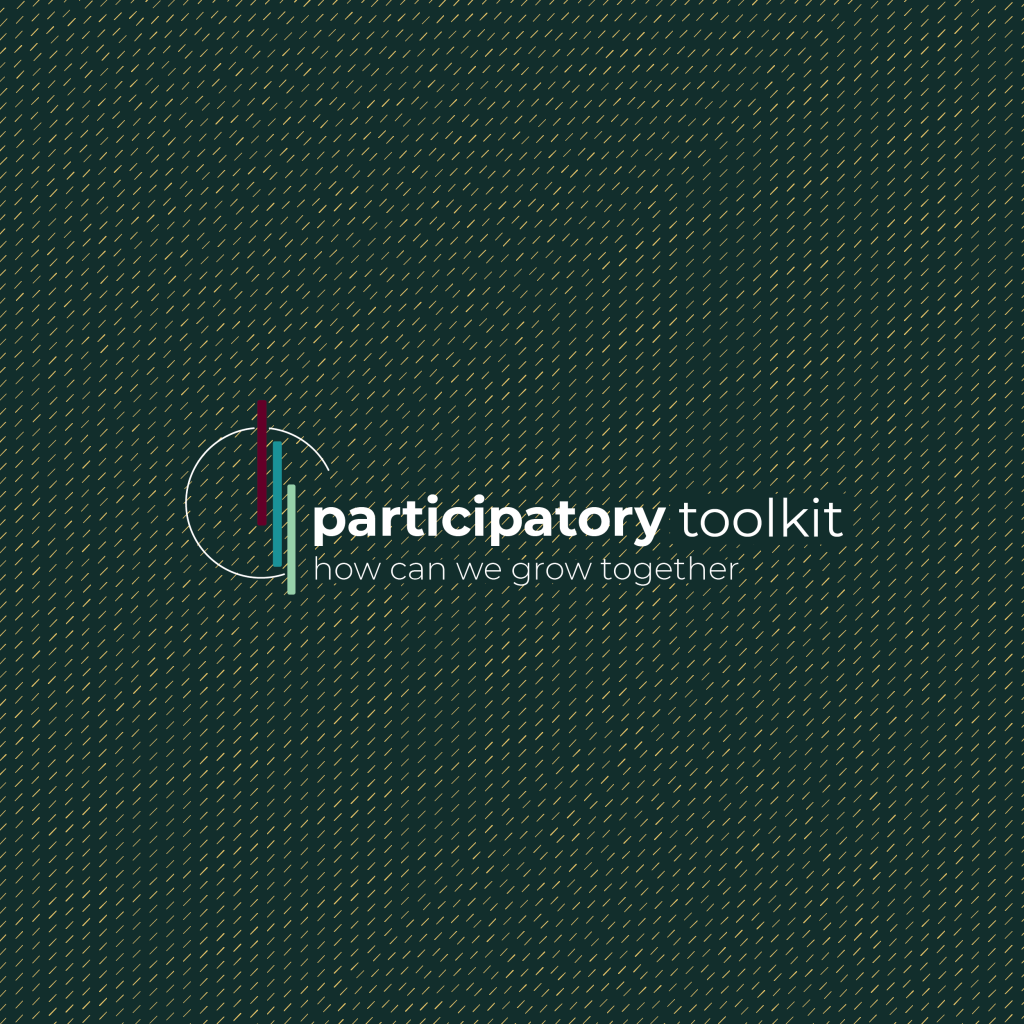 The participation toolkit mostly refers to communities of citizens. Activists in communities with intrinsic needs that deal with discrimination issues. NGO members who work on gender equality. Activists who have an anti-sexist and anti-racist agenda. The tools on this toolkit can also be used by people who work in public initiatives and are public servants and policy makers who want to foster participation and help with community building within their area of responsibility. 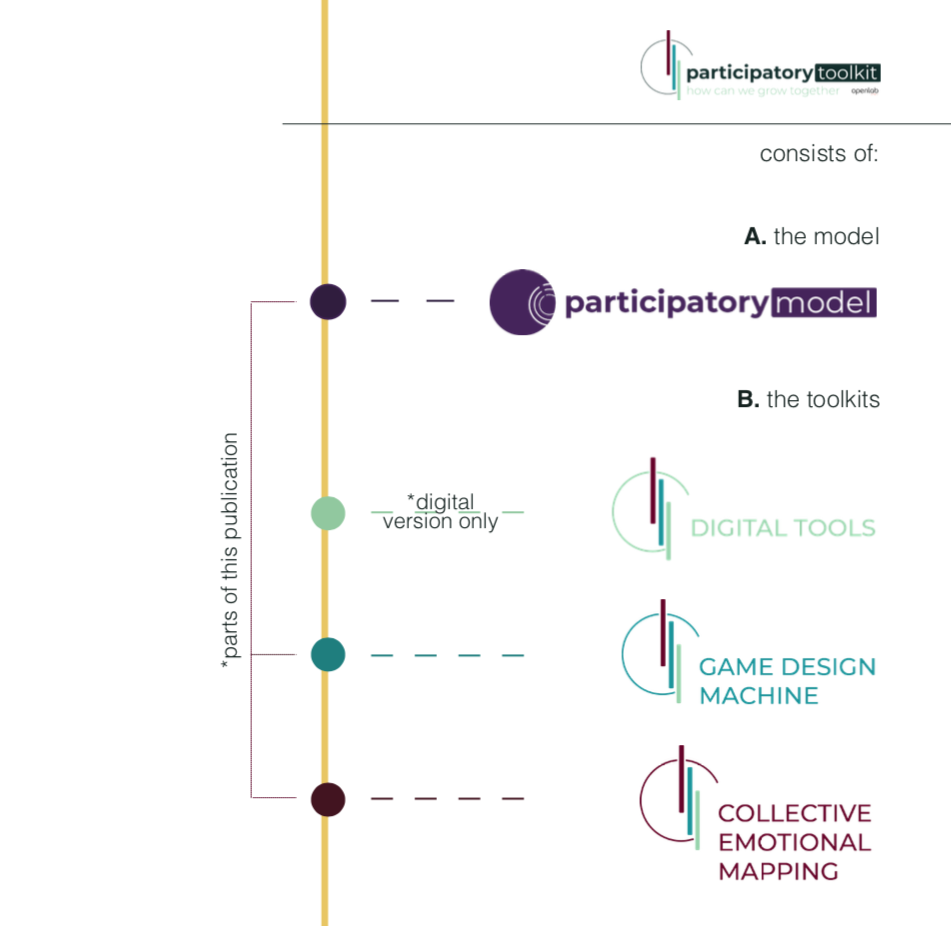 The idea for a participatory model and its implementation through certain tools has been in our heads since the launch of generative commons (gE. CO), although the deliverable was set near the end of the project. This happened because the program’s goals were aligned with the values we wanted to employ through our work in OLA. We wanted to have a bot- tom-up approach in our research. We tried to give our expertise and the results of our work back to the communities as something tangible that they could use to achieve their goals. We are satisfied that these positions and remarks will resonate with what you, the prospective reader, will read in the following texts.

We begin by presenting our do-it-yourself (DIY) Participation model. It is included in the publication Tools for the Generative Commons (pdf available in the above thumbnail). The model includes a set of strategic and tactical aspects that communities can use to increase the participation and visibility of their members who are traditionally left on the margins. This set of recommendations, as not- ed above, is the result of OLA’s cooperation with women and people from LGBTQI+ communities and other initiatives from the Greek common’s scene as well as with public bodies that deal with gender and social justice issues.

Digital tools provides an inexpensive way to communities to build their digital infrastructure. Offers open source solutions to proprietary software. The applications here are built by communities for communities, i.e. they are more secure private and non-commercial.

Game Design Machine is a step-by-step and open-ended methodology to create a game based on a specific problem or theme that relates to the reality of a commons’ initiative. Provides a process and several tangible tools to think collectively on a field of interest in order to produce new framings, representations or alternative narratives which could be capable of revealing unexplored potentials or solutions.

Collective Emotional Mapping builds a space for discussion, participation and creation as a starting point for common knowledge of the space that surrounds us. Draws upon individual perceptions that co-create a collective understanding of space dynamics. Requires supplies such as base-map, rice-paper and colored pencils.

← Previous Thing All Things Next Thing →