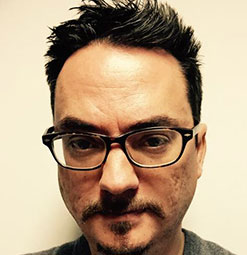 After doing a postdoc at the University of Surrey, he took up his first academic post at in the School of Computing at Edinburgh Napier University in 2000. In 2005 he moved to Lincoln first as a Senior Lecturer, then Reader and he was appointed the Uk’s first Professor in social computing in 2011. His research primarily explores the use and significance of social media, and other digital services, in people’s lives and he has conducted applied work in areas such as health and wellbeing, politics and activism, and sustainability. His current focus is on the convergence of broadcast and social media in political and societal context and on how technology is used is support mental health, wellbeing and social support and cohesion. He has held grants totalling over £2million in the past 5 years from funders such as EPSRC, ESRC, the EU and Microsoft Research and is the author, or co-author, of over 100 peer-reviewed publications. He was Chair of British HCI 2015 and is the founding chair of the UK’s SIGCHI chapter.